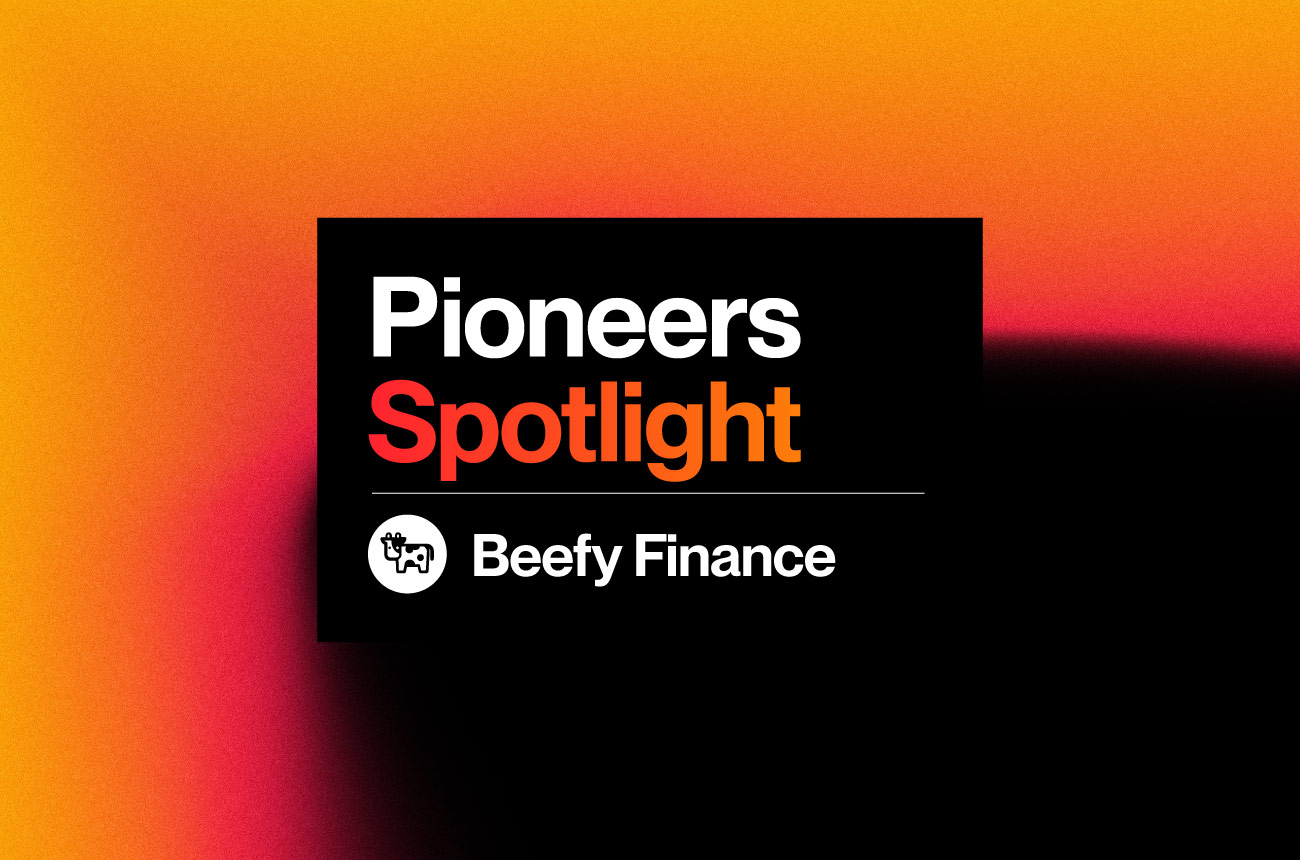 And now, with the launch of the Ethereum Co-Chain Beta and a successful Alpha testnet, Kava provides critical infrastructure several key Pioneers need to deploy.

Beefy ($BIFI) has outperformed the DeFi sector by about +41.75% year-over-year and prints a solid +14.65% ROI over the past three months. The TVL is also climbing steadily, but we’ll get to that soon. So why is so much moo-lah steering into Beefy Finance?

A Steak in the Future of DeFi

Beefy Finance is a decentralized, multi-chain yield optimizer platform that allows users to earn compound interest on their crypto holdings.

Beefy is a true DeFi application, meaning anyone with a supported wallet can interact directly without the need for a trusted third party. Users remain 100% in control of their crypto, even while funds are staked in a vault.

Beefy’s core product is the liquidity pool (LP) vaults, which work by reinvesting fees awarded to LP participants. In return for providing liquidity to these pools, the partnering platforms reward investors with tokens.

Beefy’s vaults (or “mooVaults”) regularly harvest these rewards, sell them, use the proceeds to buy more of the LP’s underlying assets, and then reinvest to complete the cycle.

$BIFI tokens are Beefy’s native governance token, allowing users to vote on important platform decisions. Stakers of $BIFI earn revenue from platform revenue on Beefy Finance, in the form of either $BIFI tokens or several other tokens in the native staking pools.

And get this, the total supply of $BIFI will always be 80,000. $BIFI is available on Binance, 1Inch, SpookySwap, and PancakeSwap!

From Calf to Bull

Already, Beefy has expanded to 10+ blockchains.

Beefy has completed several audits, the first being with DefiYield, which audited the $BIFI token, RewardPool, and timelocks. Certik also regularly audits Beefy’s smart contracts and the safety of funds invested through the platform.

On top of being secure, popular, and based on cutting-edge blockchain tech, Beefy is also simple to use.

If you’ve been in DeFi for more than a few days, you know how complicated most yield farming strategies can become and how quickly the details can change. Beefy knows you don’t have time for that so that users can get some precious time back.

Self-described as a “set and forget” platform for yield farming, Beefy is designed to let you go about your business while Beefy’s automated yield optimizer does all the tough stuff for you.

The Cow Jumped Over the Moon

Where is Beefy Finance today? Total value locked (TVL) on Beefy Finance is hovering around $975 million at the time of writing, and it’s been growing for a year straight — holy cow!

Alongside TVL, total users have also continued to climb. Around 25,600 addresses have 1.38 million transactions between them on Beefy Finance. Through all the market ups and downs, Beefy stays beefy.

Beefy regularly provides impressive APYs for any number of its vaults, and vault fees go towards $BIFI buybacks from the open market. That means rewards come from the existing supply of tokens, not inflation or deflation. But that’s not all people are excited about.

The other solid reason people go #BIFIMaxi is the platform’s various partnerships. Along with the Moonpot lottery game, key DeFi alliances with Trader Joe, Arbitrum, Polygon, and SushiSwap provide Beefy users diverse opportunities and exposure to a broad slice of the market.

Like Kava, Beefy makes safety a number-one priority. In March, Beefy partnered with Nexus Mutual so that users could cover their deposits with insurance alternatives.

And last but not least, Beefy recently released V2 of its personalized multichain DeFi app.

The Land of Milk and Honey

The Kava community could talk about this Pioneer until the cows come home. Beefy Finance brings thousands of users, meaningful TVL, and connects more than a dozen protocols to the Kava Network.

At this rate, Kava can reach its goal of onboarding 100 protocols by the end of 2022 in no time.

Bonus: Retweet this article with the total number of cheesy cow jokes you spotted and tag @kava_platform 🐄